Are there any other non-environmental benefits of bringing solar power plants to any community?

Yes! At TurningPoint Energy, we pride ourselves in providing what we call triple bottom line impact on every project. That means there are positive environmental outcomes, financial outcomes, and community outcomes.

The cost of solar power has come down such that it now competes with brown power sources and can provide even more attractive cost of energy to our utility, commercial and residential customers.  Additionally, the vast majority of our solar projects pay various forms of sales and property taxes, which benefits local communities. Finally, solar power projects mean jobs.  See the next question and answer for details.

When TurningPoint Energy was created, its founder promised to give back to each community our team developed projects in successfully. From donating unused portions of land to neighboring schools and towns to funding solar education for school districts, TurningPoint Energy and its partners have collectively funded more than $750,000 on certain projects as part of its national pledge to donate at least $1,000,000 by 2023. Here are just a few of TurningPoint Energy’s philanthropic efforts and more details on our approach.

How does solar benefit farmers?

As a temporary use, solar leases allow farmers to maintain ownership of their land while allowing maximum flexibility in managing their farming operations. Leases provide a stable, long-term revenue source which can help hedge against crop price fluctuations. During the lease term, farmers can continue to farm the rest of their land outside the solar array.

Solar is one of the only forms of development that is temporary in nature. At the end of the lease term, all equipment and structures will be removed, and the soil is recharged and ready for agriculture.

Yes. Depending upon the size of an individual project, we estimate a given project will include 75-125 planning, development, design, and construction jobs from the early stages of the project until it is commercially operational. TurningPoint Energy prides itself on working with solar facility contractors that stress the importance of utilizing a local labor pool.

For example, a TurningPoint Energy project in Bosque County, Texas that completed construction in December 2017 is an ideal example of this point. While contractors on many large-scale projects along these lines bring their crews from around the country, the contractor on this facility held a number of job fairs locally and was able to secure over 85% local labor content.

Depending upon the locally available pool of skilled and unskilled tradesmen, we expect a similar outcome for our other proposed solar facilities. 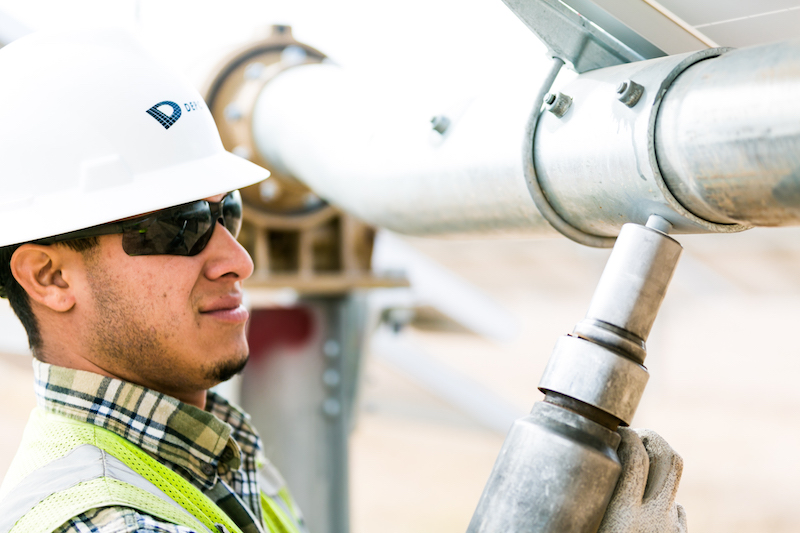 How are sites selected for solar projects?

TurningPoint Energy team members go through an in-depth screening process before identifying locations that are an ideal fit for a solar project. In all cases, sites that are already cleared or are brownfields or the like are prioritized over so-called “greenfield” sites. But depending upon the location and type of solar project being proposed, there are some differences in siting criteria.

Typically for smaller ground-mounted projects that will interconnect to the electrical distribution grid (i.e., distributed generation or community solar projects), a site must be no more than two miles distant from an electrical substation that has a reasonable amount of available capacity. Unfortunately, this single criterion immediately eliminates most areas from potential consideration. Then within that two-mile radius, a developer must locate potential sites which pass a screening of a large number of additional specific criteria: topography, geologic conditions, threatened/endangered species, hazardous materials, distance from roadways/existing distribution lines, zoning/permitting considerations, and land values, to name just a few.

After all this screening has taken place, a developer must locate a property owner willing to engage and must then be able to successfully negotiate mutually agreeable terms with the property owner. In many cases it can take months, or even well over a year, to arrive at this point, and this is before any engineering, utility interconnection, or permitting activities begin to take place.

For larger, utility-scale projects that will interconnect at the transmission level, most of these same criteria exist.  However, these types of projects are generally sited in more rural and remote parts of the country and can be sited considerably further from target substations.  “Line taps” into existing transmission lines are common. 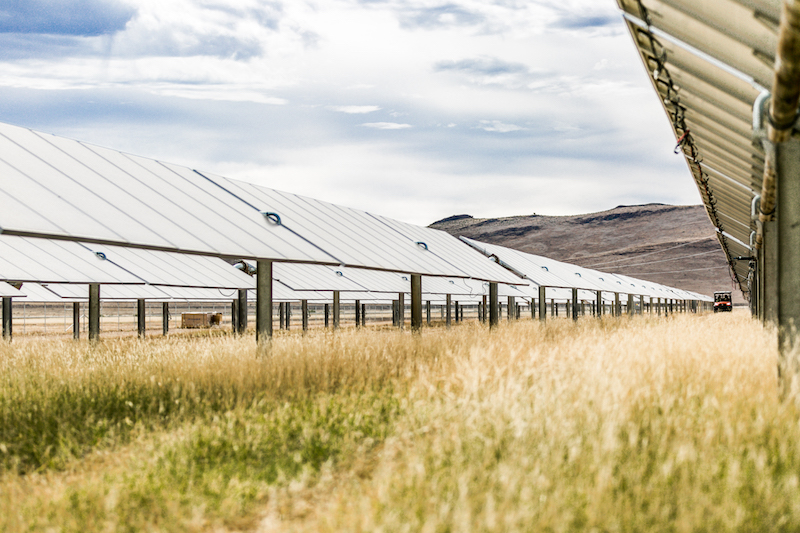 Removing trees does not seem to be ”green.” How is this an environmentally sound approach to reducing greenhouse gas emissions?

Our planet needs trees. We work to conserve as many natural spaces as possible and have dedicated our business to developing solar projects that maximize carbon reduction in power plant electricity generation. There have been multiple occasions when our team has worked around existing trees and environmental areas to protect them, while still successfully developing a solar project.

However, there are times when trees must simply be removed (see site selection-related information above). Fortunately, solar panels are far more effective at reducing/sequestering atmospheric carbon than are trees. A solar system has at least a 35-year useful life and will produce the equivalent to 20-30 times the amount of carbon free energy compared to the number of trees removed. For instance, if there is solar system that would require 14,000 trees to be removed, the carbon offset is equivalent to 450,000 trees planted.

In addition, in those regions of the country in which the local climate could support it, our projects feature pollinator-friendly ground cover planted under the solar panels, which creates a new habitat attractive to bees, birds, small mammals, insects and other wildlife.

Are there contamination risks with solar panels?

The types of solar panels TurningPoint Energy specifies are poly- or monocrystalline silicon solar panels, which do not contain harmful chemicals or gasses. These panels are mainly comprised of silicon, aluminum, and glass, which are inherently non-toxic Panels can be accepted at a standard landfill as non-hazardous waste. (Michigan Department of the Environment, Great Lakes, and Energy).

While poly- or monocrystalline silicon solar panels contain trace amounts of toxic materials similar to those found in laptops and smartphones, lab tests have shown that they remain sealed even during fires, hail or other adverse events and will not pollute the environment. In the case of panel breakage, there is no risk of “leakage” of fluids or gasses. (Some specific types of panels, known as thin film panels, may contain cadmium telluride or gallium arsenide, which can be hazardous if the panels should somehow break. However, TurningPoint Energy does not utilize these technologies in its projects.)

Can solar provide any environmental services?
As a temporary use, solar projects provide an opportunity to rejuvenate soil health through the planting of native and pollinator-friendly ground cover, and perimeter plantings. Projects can reduce the application of herbicides, pesticides, and fertilizer relative to other agricultural or recreational uses. This strategy retains more water than turf grass or gravel, which can rehabilitate agricultural and brownfield soil and provide habitats for pollinators and other beneficial insects (National Renewable Energy Laboratory).

Will there be UV radiation generated by the array? Heat?

In both mounting types, the solar arrays are designed to absorb sunlight.  Solar arrays do not emit UV radiation or heat.

Will the panels cause glare that would reflect on nearby public roads and housing?

Prior to constructing our projects, TurningPoint conducts glare studies on each of our projects to determine potential impacts and strategies to minimize or eliminate any potential for glare. 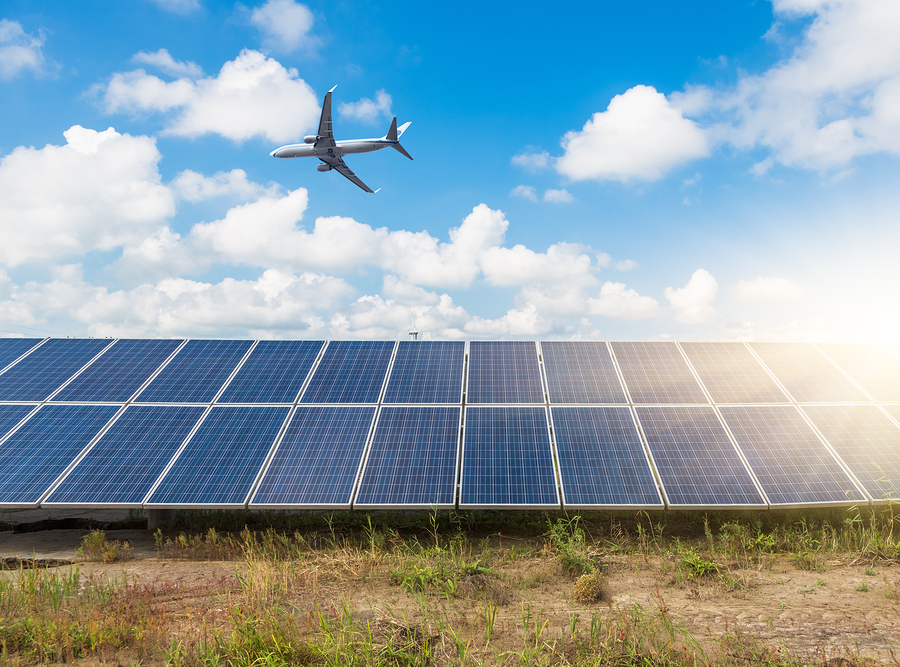 Energy generation and distribution are needed to power homes and businesses and will inevitably need to be part of the landscape somewhere. Land use is a local issue and in some jurisdictions around the country, solar has been determined to be consistent with residential uses.  Solar energy generation is quiet and emission-free. Sites utilized for solar can be screened/buffered comparatively better than typical commercial or industrial uses.

Many communities around the US prefer large-scale solar facilities to be sited in low-density residential zoning districts because it allows the lowest amount of impact to the fewest number of residents or commercial users, as compared to siting solar projects in much higher density/use zone districts. In addition, limiting solar projects to only commercial/industrial zone districts erodes a community’s potential tax and job base. In our experience, communities typically prefer to see commercial/industrial zoned land used for denser commercial development which generates significantly higher tax dollars and long-term jobs per acre.

How do solar projects impact nearby property values?

Numerous studies have shown that proximity to a solar project has no effect on the value of adjacent properties and can occasionally correlate with improved property values (SEIA).

Typically, solar projects are no more than 10 feet high at their tallest point, are screened in accordance with local codes, and often including fencing and landscaping in harmony with the surrounding area. After construction, solar projects product no odor and very little traffic. The solar panels produce no sound. The inverters and motors may produce a low hum, audible outside the project area at a volume similar to the background noise produced by a refrigerator (Decibel Pro). As such, solar projects are less intrusive than most other land uses, and since the use is temporary, they are also less permanent than other uses.

Will pesticides be used to keep vegetation down around the solar panels and mold off of panels?

As part of our solar projects, where possible, we plant pollinator-friendly grasses and clover underneath the solar panels to create a robust new habitat for bees, birds, insects, small mammals, and other wildlife. This ground cover will be low-growing and require little maintenance. No pesticides will be used or needed and there will be only very occasional mowing/trimming on the site.

As for cleaning of the panels, in many areas in the country there is enough precipitation so that panels need to be cleaned infrequently, if at all. When/if they are cleaned, it will be done only with distilled/purified water, which leaves zero residue.

Our solar projects will not create any contamination to the water or land, unlike residential or other forms of development, which adds the risk of contamination from new/additional septic systems, lawn pesticides, and the like.

The solar panels are above ground and the only thing that pierces the earth are poles that will be affixed to the mounting equipment then to the panels, as well as underground conduit for electrical connections.

We grade out areas required, remove rock (where necessary) with bulldozers and related equipment or design around any rock formations that will not allow for practical grading. This work does not create any contamination to the water or land, unlike residential or commercial development which adds the risk of contamination from new/additional septic systems, lawn pesticides, gas, and oil runoff from surface streets, and the like.

What impact, if any, does a solar project have on safety of residents, children, and the environment?

For emergency and maintenance vehicles, continuous gravel access roads along with emergency procedure signage are installed throughout our project sites. KNOX-BOX locks are installed on entrance gates.

What happens at the end of a solar project’s life, during the decommissioning stage?

At the end of a solar project’s working life, expected to be at least 35 years, the land will be restored to its original state. TurningPoint Energy project financials include decommissioning of panels and the entire solar power system at end of life.

Decommissioning proceeds in reverse order after the installation: